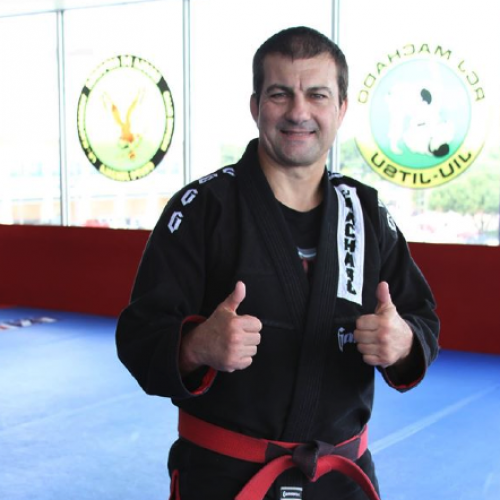 Carlos Machado was one of the pioneers of Brazilian Jiu-Jitsu in the United States of America. Carlos is a cousin of the Gracie family, and grew up training along side of them in Brazil.  He is black belt under Carlos Gracie Junior. He grew up in Brazil training in under the legendary Rolls Gracie until Rolls passed away. After that he trained with Carlos Gracie Junior from whom he earned his Black Belt. Carlos moved to the United States in 1990 and then moved to Texas in 1995 after Chuck Norris trained with him. He continued training Chuck Norris in Dallas and opened his own school. I was the first Black Belt Carlos ever promoted. Training with Carlos was very instrumental in me becoming a Black Belt and a MMA fighter. Thank you Carlos Machado!