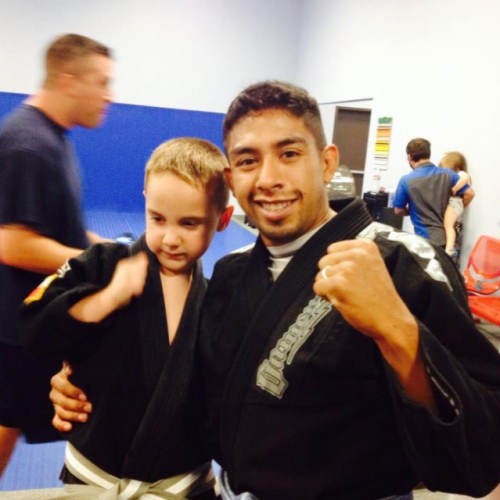 Teaches at the East locations

Calvin is 30 years old and he is part-time student at UTA, where he is studying Mechanical and Aerospace Engineering.
Calvin served four years in the United State Army Infantry and he was awarded multiple awards. The awards Calvin received included: the Good Conduct Metal, the Army Achievement Metal, the Army Commendation Metal, and an award for scoring high on his physical fitness tests.

He quickly rose through the ranks and made the rank of Sergeant in less than three years. He also graduated from the Warrior Leadership Course at Wightman NCO Academy.

Calvin’s goal is to win the Light Feather Adult Division at The World Championship, Pan American, and Master World Championships in the masters division (30-36 years old). His goal as a Instructor is to help his students fall in love with Brazilian Jiu Jitsu and to help pass on the knowledge that his Instructors have shared with him.